‍The European Art-Science-Technology Network (EASTN) for Digital Creativity amalgamates 15 European institutions and CCRMA Stanford, McGill University and UFMG-Belo Horizonte. The Network focuses on research, technology development, creation and education in the field of technologies applied to artistic creation. It is supported by the Culture Program of the European Union.

Ricardo Climent is Professor of Interactive Music Composition at University of Manchester (UK), where he serves as director of the NOVARS Research Centre and as Head of Composition. For the last few years his research has focused on the potential of game-audio, physics and graphic engines for compositional purposes, using “the aural” as the primary source for navigation and exploration. He previously held a lecturing position at SARC (Sonic Arts Research Centre) at Queens University, Belfast, where he previously completed a Master of Arts in Electroacoustic composition and a PhD with a focus on interactive music composition. Ricardo was composer in-residence at the JOGV Orchestra (Spain), the Conservatorio de las Rosas Unesco- Aschberg (Morelia, Mexico) and the Sonology Department at the Kunitachi College of Music (Tokyo). He also holds a 5-year degree in Economics by the University of Valencia, Spain. http://eastn.uk/manchester | https://www.novars.manchester.ac.uk
Ricardo’s game-audio works: http://game-audio.org 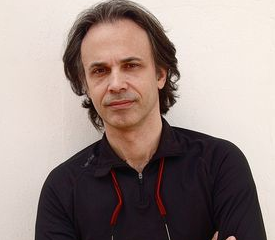